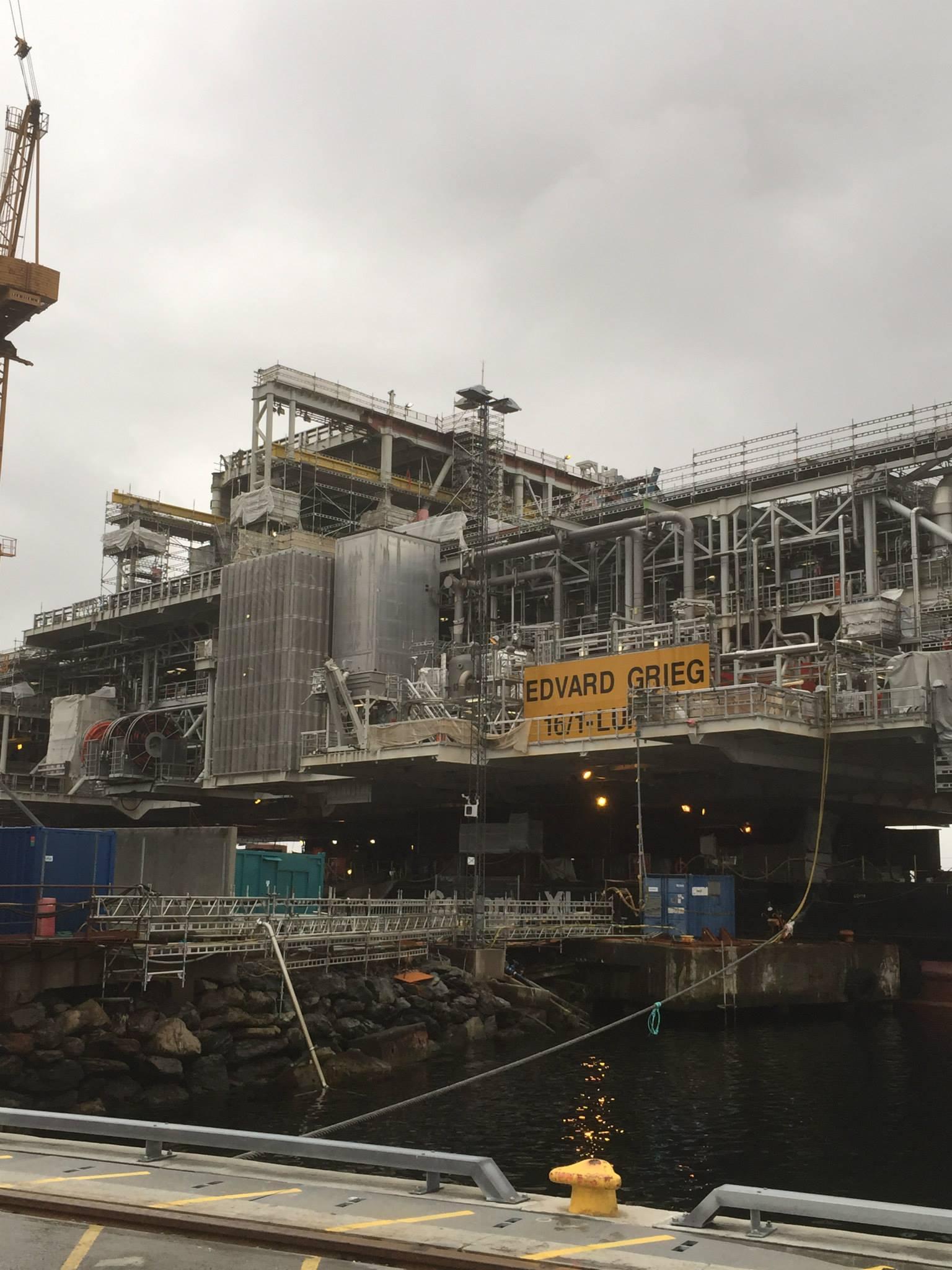 The Edvard Grieg project finished as of the 1st of May 2015 and brings to an end a 17 month project onshore in Stord, Norway.

In May 2015, one of our longest running Rigging projects sadly came to an end.

We supplied a total of 70 Riggers, a number of which remained in employment for the duration of the project. They were involved in all aspects of Rigging throughout the 1 year and 5 month period.

The first oil production due in late 2015 and it is estimated that it will produce in excess of 90,000 barrels of oil per day. The topside has a total weight of 21,000 tonnes and consists of a Topside module, living quarter and utility module, a process module and a flare tower.

The hard work and commitment of our employees has ensured that the project was a huge success, and we hope to continue this success with future projects.